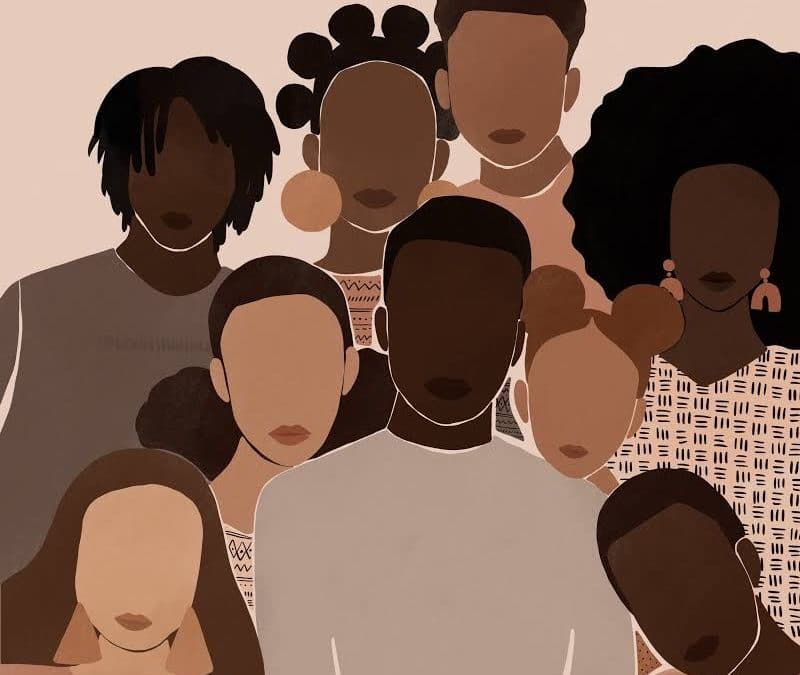 As Black History Month comes to a close, it’s important to take some time to reflect on the important contributions of Black Americans in the history of reproductive health and midwifery and the ways in which we can support improving outcomes in maternal child healthcare for Black women and birthing people,

In the early history of the United States, births were largely attended by trained African midwives who had been enslaved and brought to the Americas by European captors. During the 17th century, medicine as we know it had not evolved to include most of childbirth or pregnancy. This care was provided to both enslaved women and their white captors in the colonies by African midwives, who (while still enslaved and expected to work in the fields) passed down the tradition and trained other enslaved women in the art of midwifery and attending birth.

Black midwifery continued to be the standard of care in the colonies and the early United States as slavery grew. It wasn’t until the late 18th century that the field of obstetrics emerged and white male physicians of the time used their formal educations to discredit the ancestral knowledge of enslaved “Granny” midwives. They encouraged white Americans to call upon physicians to provide their care. Midwifery care by Black midwives, now respectfully known as “Grand Midwives,” continued to be foremost in the deep south and more rural areas during that time.

As the field of obstetrics grew, more interest in gynecology surfaced as physicians became aware that difficulties during childbirth could lead to lifelong gynecologic problems. Doctor James Marian Sims is often lauded as the “father of modern gynecology,” for inventing the speculum. However, his work was only made possible by the enslaved women that he trained as his nurses and assistants, whom he also practiced his experimental surgeries on. Sims hadn’t been considered a promising medical student. After medical school he founded a Plantation hospital in Alabama in the mid 19th century, where he experimented on and treated mostly Black enslaved women (without anesthesia) in attempts to raise their value to their masters. It was only after perfecting these surgeries that he returned to New York and became a well-known gynecologist, performing his surgeries on white women (with the use of anesthetic).

Up until the early 1940’s, black midwives, such as Maude Callen or Margaret Charles Smith had been the primary source of care during pregnancy and childbirth for women living in the southern and rural US. As physician knowledge and research grew, professional organizations such as the  American Medical Association were created and used to discredit long-standing  Black community health workers and Granny Midwives. In the mid and late 1800’s these professional organizations lobbied for states to pass laws preventing “Granny Midwives” and other community health providers from caring for their communities.

In the early 20th century, care from physicians for pregnancy and childbirth became the new standard. Giving birth in the hospital (instead of at home) meant the field of midwifery began to die out. Black providers caring for Black women became much less common. In the 1960’s and 1970’s a renewed appreciation and value for low-intervention birth returned, and so did the profession of Midwifery. Recognition of the ancestral practices of Grand Midwives were noted, then taken and taught to-and-by white women for white women, due to the exclusive nature of affording out-of-hospital care.

It is an unfortunately common trope in American medicine that continues to this day – doctors and other healthcare providers learn their craft in hospitals or clinics that largely serve neglected minority communities. They leave once trained in order to work better paying jobs treating and caring for wealthier, mainly white populations. It’s no wonder we have such stark disparities in reproductive health outcomes, most notable in Maternal and Infant health.

Currently, in the United States Black women and birthing people are 3 to 4 times more likely to die or experience life-threatening complications during their pregnancies or postpartum period than their white counterparts. This statistic is not representative of maternal-child health in other, similarly wealthy and developed countries. Until recently, textbooks have cited physical race-based differences for the increased likelihood of higher risk pregnancies (e.g. high blood pressure or diabetes). The field of medicine is only recently recognizing that these conditions are predominantly symptoms of experiencing generations of racism, racial stress, and disparities in accessing healthcare.

The Birth Center: Holistic Women’s Healthcare is proud to accept most types of insurances, which can be one the greatest barriers to birth center access. Additionally, we know that we must reach out to and hire midwives and nurses of color to better support our Black clientele. The field of Midwifery began with Black women, and it is critical to the health outcomes of Black women and birthing people to support accessibility of medical education for Black providers. Research shows that for low-risk pregnant people, out of hospital birth is safest. We also know that having access to healthcare workers with similar cultural background (who look like you) builds trust, rapport, and improves health outcomes.

While this essay comes to you as Black History Month has ended, I implore you to support Black Maternal Child Health all year round by reading more about the history of racism embedded in American Medicine, as well as financially supporting the organizations and institutions that are creating the next generation of Black healthcare workers. Thank you for being a part of our community and caring for the future of wellness of all community members.

Protecting Your Birth: A Guide for Black Mothers

Medical Bondage: Race, Gender, and the Origins of American Gynecology

Killing the Black Body: Race, Reproduction, and the Meaning of Liberty

Medical Apartheid: The Dark History of Medical Experimentation on Black Americans from Colonial Times to the Present

Just Medicine- A Cure for Racial Inequality in American Medicine

Natal- a podcast docuseries about having a baby while black