by thebirthcenter | May 14, 2021 | Pregnancy, Birth, Postpartum, and Motherhood, Women's Health and Wellness | 0 comments 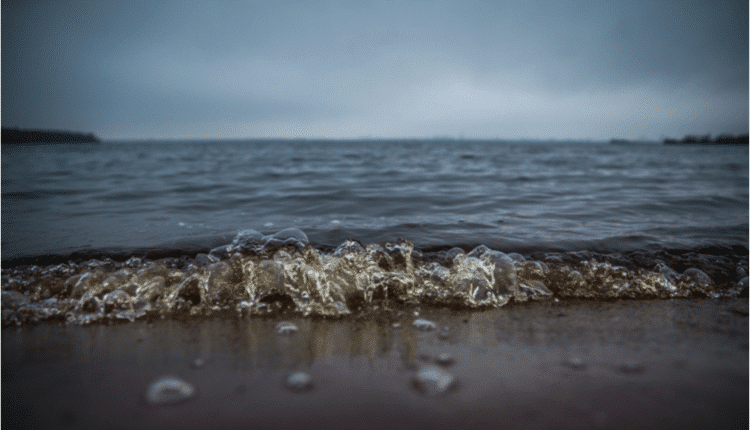 “How did your pregnancies differ?” Jess had just found out that I had had my children in pairs, Zayne and Noreen, followed by Ali and Amir seven years later. She was curious to know how my earlier pregnancies with Zayne and Noreen differed from my later pregnancies. That question sparked a moment of clarity, “Amir’s pregnancy was different because I myself was different.” A few days later, I sat down and wrote a letter to Dorinda at The Birth Center detailing a few symptoms that I had had during my last pregnancy, which had started at around nine weeks and worsened as my pregnancy progressed. Those symptoms? Severe mood swings and extreme irritability. Dorinda called me the day she received my letter and arranged for me to have an appointment with a perinatal mental health specialist a few days later. I learned that those symptoms were indicative of a case of perinatal depression. One month later, when my condition had deteriorated, Katie Mansur spent at least 15 minutes on the phone with me until I had agreed to check myself into the mental hospital. I had had four separate mental health professionals recommend hospitalization to me. Katie is the only one who cared enough to spend the time to talk me into actually going.

When Amir was seven months old, I walked into the emergency room of Wilmington Hospital and checked myself into the psychiatric ward. I am one of the rare few women whose perinatal depression was so severe that they needed in-patient treatment. Diagnosis leads to treatment which leads to recovery. I can’t help but wonder, had I said something when my symptoms first started, would things have turned out different? I initially did not say anything because I did not recognize the symptoms of perinatal depression. By the time I realized that something was wrong, still having no idea that I was grappling with severe perinatal depression, it was too late. One symptom, in particular, prevented me from seeking help and pushed me to hide my symptoms from everyone around me, including my midwives, my husband, my family, and my friends. I pretended to be okay for months. That symptom? Fear of losing my children.

My husband, Mohamed, sensed something was wrong during my pregnancy with Amir, and he did his best to get help for me. Mohamed would turn to the midwife at the end of our prenatal appointments and say, “Lamya is acting strange. She is not herself.” I downplayed his concerns, saying, “Of course I’m different, I’m pregnant.” The midwives seemingly agreed and brushed off his worries. Mohamed had no idea that the symptoms he was seeing in me were the result of perinatal depression. Like me, he too thought that depression only happened to women after birth, hence the term “postpartum depression” that everyone talks about. How many people have heard of the phrase “prenatal depression?” I never had until my diagnosis. And doesn’t depression mean sadness? Postpartum depression conjured up an image of a woman weeping into a handkerchief. It wasn’t like that at all for me.

My midwives themselves asked me at nearly every prenatal appointment, “How are you feeling emotionally?” I lied each and every time and said that I was okay. That fear of losing my children was so strong. If I tell my midwife that I am not okay emotionally, I will never see Zayne, Noreen, or Ali again. My fear was such that I did not think that I would get the chance to say goodbye to them. I didn’t just think this would happen. I was 100% percent positive.

Giving birth to Amir provided a reprieve for a time from my depressive symptoms. When I went in for my 6-week postpartum checkup, I remember filling out a form that was clearly screening for postpartum depression. I also remember the form said these questions were about the last seven days. I passed the screening with flying colors because at that moment in time, looking back at the past seven days, I was feeling okay. My depressive symptoms returned with a vengeance a few short weeks later, not only more severe than before but with a whole new slew of symptoms. One of those new symptoms was a feeling of being trapped. I have never felt like that before, and I have not felt like that since. I felt like a cornered animal, desperate for an escape. I hated being a stay-at-home mom to an infant and a toddler, with each day harder than the last. Amir was my fourth baby. I had never felt like that with any of my older children. You would think that I would have thought, “Something’s not right. I shouldn’t feel this way. Maybe I should say something to someone.” Well, another symptom of perinatal depression is disordered thinking. I was, quite frankly, incapable of thinking clearly.

I blamed myself for my misery. I had wanted this baby.  It was my decision to be a stay-at-home mom to an infant and a toddler. Why was I so miserable? Only one explanation made sense to me. I was a horrible mother. If I were a good mother, I would be happy. It was that simple. I was miserable because I was a terrible mother. Far from thinking that the adults in my life – the nurses and midwives at TBC, my husband, my family, my friends –  would help me if I confessed how I felt, I thought that they would judge me as I had judged myself. I believed that they would only see what I saw, which is a bad mother. If anyone finds out that I am miserable, they’ll know that I am a terrible mother, and they’ll take away my kids. I was convinced that my children would be snatched out of my life without notice and that I would never see any one of them again.

Soon after mailing my letter to Dorinda, I found myself seated across from Mohamed, telling him about my severe depressive symptoms. That was the hardest thing that I have ever had to do. I knew what would happen as soon as I stopped talking. Mohamed would take out our suitcases and pack them with our kids’ clothing. He would then awaken Zayne, Noreen, Ali, Amir, place them in the car with the bags and drive away to a hotel. I would never see my babies again. When he did not react in that way and instead hugged me as I wept, I was floored. My mind had tricked me!

Two years on, I am doing much better with continuous medication and therapy. I continue to be astounded by the sheer variety and volume of symptoms under the umbrella of perinatal depression. I touched upon only a handful of the symptoms that affected me – fear of losing children, severe mood swings, feeling trapped, extreme irritability, disordered thinking. I experienced a slew of other symptoms – including compulsive behavior, obsessive thoughts, difficulty making decisions, intrusive thoughts, feeling like a fraud, feeling overwhelmed, panic attacks, paranoia – which I hope to share one day. I hope that writing about my battle with this serious mental illness will underscore the importance of mental health and lead women to seek treatment. There is help out there; you just have to ask for it, as I did when I wrote that letter to Dorinda all those months ago.