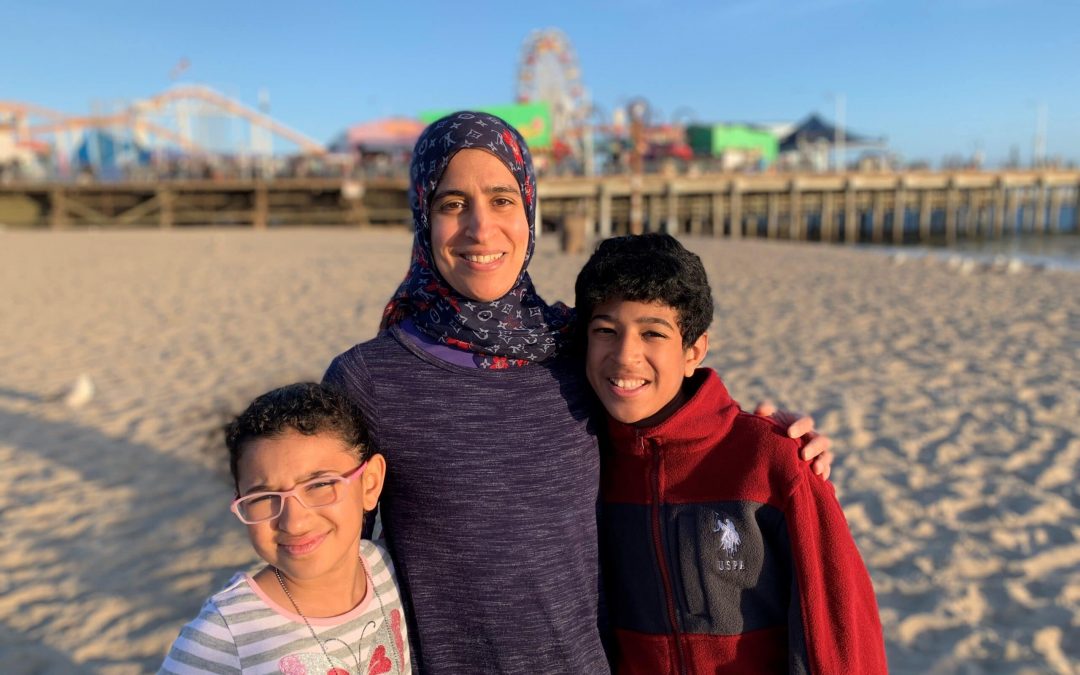 The days leading up to Zayne’s birth were filled with uncertainty. This would be my first birth experience. How would I handle the labor pains? What would the pain be like? How will labor start? My birth plan was straightforward. No episiotomy. No forceps. No vacuum. A dear friend of mine had warned me a couple of years earlier about the high rate of episiotomies performed in the US. I spent my evenings talking to my baby, “I know you need to come out. Please be gentle. Please don’t hurt me too much on your way out.”

Now I knew from my prenatal appointments at The Birth Center that Zayne was sunny-side up or facing my front. That wasn’t a big deal, I could have a natural birth with him in that position, it would just be a challenging experience. At least that is what I understood from my midwives. Having never experienced labor before, I did not know what to make of that. I remained steadfast in my quest to have a natural birth with minimal intervention. I had switched care to The Birth Center at thirty odd weeks pregnant because I knew that that was my best chance at a natural birth.

Labor started on Sunday, December 3rd, 2006, with my waters breaking. I was 40 weeks and 4 days pregnant. It was five in the morning, and I was lying down in bed when I felt this gush of water come out. If I hadn’t just gone to the bathroom to relieve myself, I would have thought I had peed my pants. I immediately got up and awoke Mohamed. I then called The Birth Center and eventually spoke with Dorinda, who said that the only thing we could do now was to wait and see if labor would start on its own.

Mohamed and I got dressed and went downstairs. I immediately sat down in the kitchen to drink a nice hot cup of tea and eat a piece of chocolate cake. I ate a cheese sandwich a couple of hours later. I had had a friend give birth at Christiana hospital a few weeks earlier, and she had warned me that she wasn’t allowed to eat anything once she was admitted to the hospital. In the back of my mind was the thought that I had better eat now while I can, in case I went to the hospital.

My contractions started around 7 am. They were weak at first, then slowly grew in strength and intensity. I spent the next hours draped over my stability ball in the family room, watching I Love Lucy to take my mind off the pain, which was concentrated at my back. The contractions started at the base of my lower back and radiated outward toward my front.

Dorinda called a couple of times to check up on me, and the last time we decided that we would meet at The Birth Center at 1 pm. At the end of that last phone call, she asked if she could call Nicole, a student-midwife, and I said that I didn’t mind. Mohamed and I arrived at The Birth Center first, and we waited outside for Dorinda or Nicole to come. It was a brisk, clear, sunny afternoon. The contractions were strong and painful and I found that squatting helped me deal with the pain.

Dorinda came and let us in, and soon afterward, Nicole arrived. I had a contraction while lying on my back in a lower exam room as Nicole checked my cervix (I was six centimeters dilated), and the pain was unbearable. Nicole immediately helped me up and pushed my hips together which helped tremendously with the pain. After that contraction passed, Mohamed and I were led upstairs to the blue room, which we had chosen because it was upstairs and had one door leading into the room. Nicole guided me to the bed’s right side and had me lie down on my left side. Mohamed sat in a seat next to the bed, and I lay at the edge of the bed with my top right leg in Mohamed’s lap. The contractions were coming in waves, waves of pain that I let wash over me. I lost all track of time and my surroundings. I would periodically roll over onto my back for Nicole to check my cervix; then, I’d go back to the same side-lying position with my leg in Mohamed’s lap.

At one point, I was fully dilated, although no one said anything to me. Someone placed a birth ball on the bed, and I was guided to drape my upper body over the ball. Someone told me to push out my baby. I did not feel the urge to push. I was encouraged to push so I started pushing. To this day, I can hear Peggy telling me to relax my face. I had no one idea when she arrived. At one point, Dorinda asked me if she could call Katie Mansur, who had recently joined The Birth Center staff. I said, okay. I was in the midst of labor, and quite frankly, I didn’t care who was there. All my inhibitions had gone out the door.

After pushing for 30 minutes, I felt a burning sensation in my perineum, and Zayne was born at 3:35 pm. He was 19 inches long and weighed 6 pounds 13.5 ounces. I pushed him out while on all fours on the bed with my upper body draped over a stability ball. Nicole had been right! Two days previously, at my last prenatal appointment, Nicole palpated my belly and predicted that my baby was 6 ¾ pounds and she was right on! I was and still am very impressed. Nicole immediately passed him up between my legs, and I cradled my baby for the first time. Zayne had a full head of black hair. Some minutes later, I started to shake uncontrollably, and Nicole gave me an IV. I have since had three other babies, and this did not happen with any of my other births.

Thanks to The Birth Center and their fantastic labor support, I had the natural birth that I had desired. The midwives somehow knew when to interfere and when to let me alone during labor. Even more importantly, Mohamed, who had been skeptical of my decision to switch care to The Birth Center, became a staunch believer.