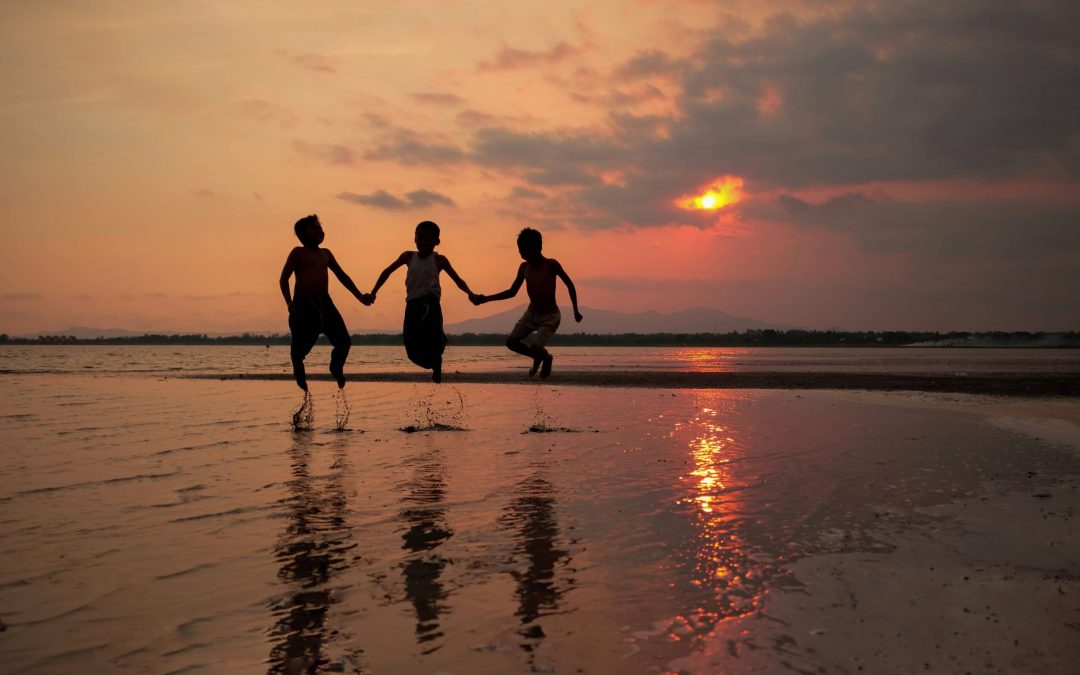 Many Native societies used to produce remarkably healthy children – mentally, emotionally, and physically.  How did they do it?  According to accounts of Native elders, they raised them as human beings – small but real people.

What does this mean?

First, parents kept their children in physical contact with a human being, animal, or the earth for the first 36 months of their lives.  Afterward, parents reassured their children physically as often as possible.

Second, parents showered their children with affection (never having been subjected to the “spoiling the child” myth invented by violent societies).

In fact, when children reached “the terrible twos” and experimented with violence – hitting the parents or any adults – the adults would protect themselves … and laugh. Children quickly learned that violence is not effective.

Third, parents let their children experience the consequences of their actions.

When parents take the opposite approach of punishing children, children learn only that they must respond to authority figures – which is why, in any punishing culture, children often resort to manipulating and lying to authorities.  They’re responding to something artificial: a punishing adult.  They learn very little about handling real-life consequences.

Fifth, if children caused harm, the parents emphasized that the harm was unintentional.  The children’s developing personality would be reinforced by the parents recognizing the children’s overall good intentions – but failed methods.
When parents instead accuse children of malevolence, the personality structure fragments.  And children respond in a range from helplessness to addiction.

Finally, Native parents and adults respected each child as an individual, a real human being.  Not a possession.  Not an object to be controlled.  A real person.